Mary Prince was a Bermudian Slave. She was born into enslavement on Bermuda around 1788, and sold away from her family at the age of ten. She was treated cruelly by a series of masters on several West Indian islands, enduring extreme hardship and sexual abuse. For years she was forced to work up to her waist all day in salt ponds, manufacturing salt. This work caused sun blisters on exposed parts of the body and painful boils and sores on the legs.

In 1828, she was brought from Antigua to England by her then owners, Mr and Mrs John Wood. Slavery was still legal in the West Indies, but no longer in Britain itself, so once in London, Prince left the Woods and went to the Anti-Slavery Society.

In 1829, she unsuccessfully petitioned parliament for her freedom, so she could return to her husband in Antigua without finding herself once again enslaved. She told her life story to abolitionist sympathisers, and it was published in 1831 as 'The History of Mary Prince' - attracting a large readership just as the anti-slavery movement was mounting a powerful and ultimately successful campaign for the emancipation of all Africans enslaved by the British.

Unfortunately, the remainder of Mary Prince's life is a mystery. It is unknown whether she died in Britain or was able to return, free, to Antigua. 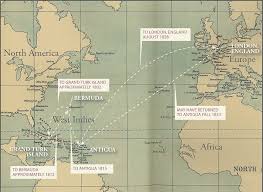 The Journey of Mary Prince 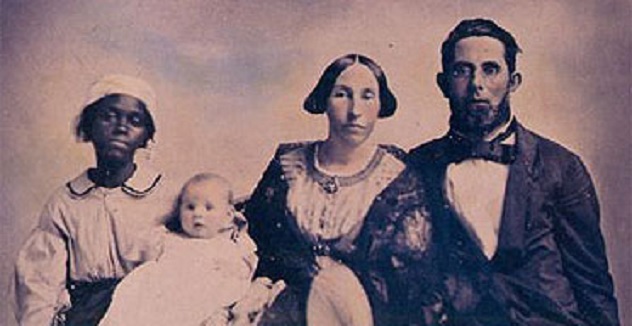 This picture is not Mary Prince, but is often used to contextualise her story. 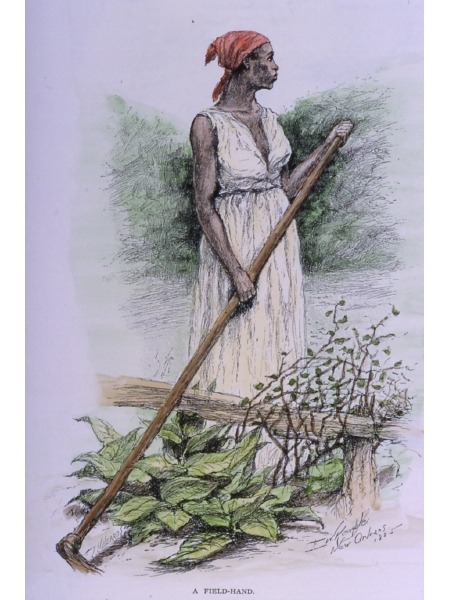 Margôt Maddison-MacFadyen is perhaps now the definitive scholar on the subject of Mary Prince.  Her excellent website offers much more information on Mary Prince.  Website link

Before Teachers prepare to approach this important subject, it is really worth looking at the Teaching pack because it has some excellent advice for any educator.  This resource pack accompanies the Abolition 07 exhibition at Hackney Museum. The exhibition explores the history of Britain’s involvement in the transatlantic slave trade and the legacy of slavery in 2007.

This pack explores the British involvement in the transatlantic slave trade and some of the forgotten heroes in history who helped to abolish it, both male and female, black and white. It provides access points into the study of the transatlantic slave trade. It will enable you and your students to explore this important but largely forgotten part of everyone’s past. The legacy of enslavement lingers today so the bicentenary should have a profound significance for people of the African Diasporas and others all over the world. 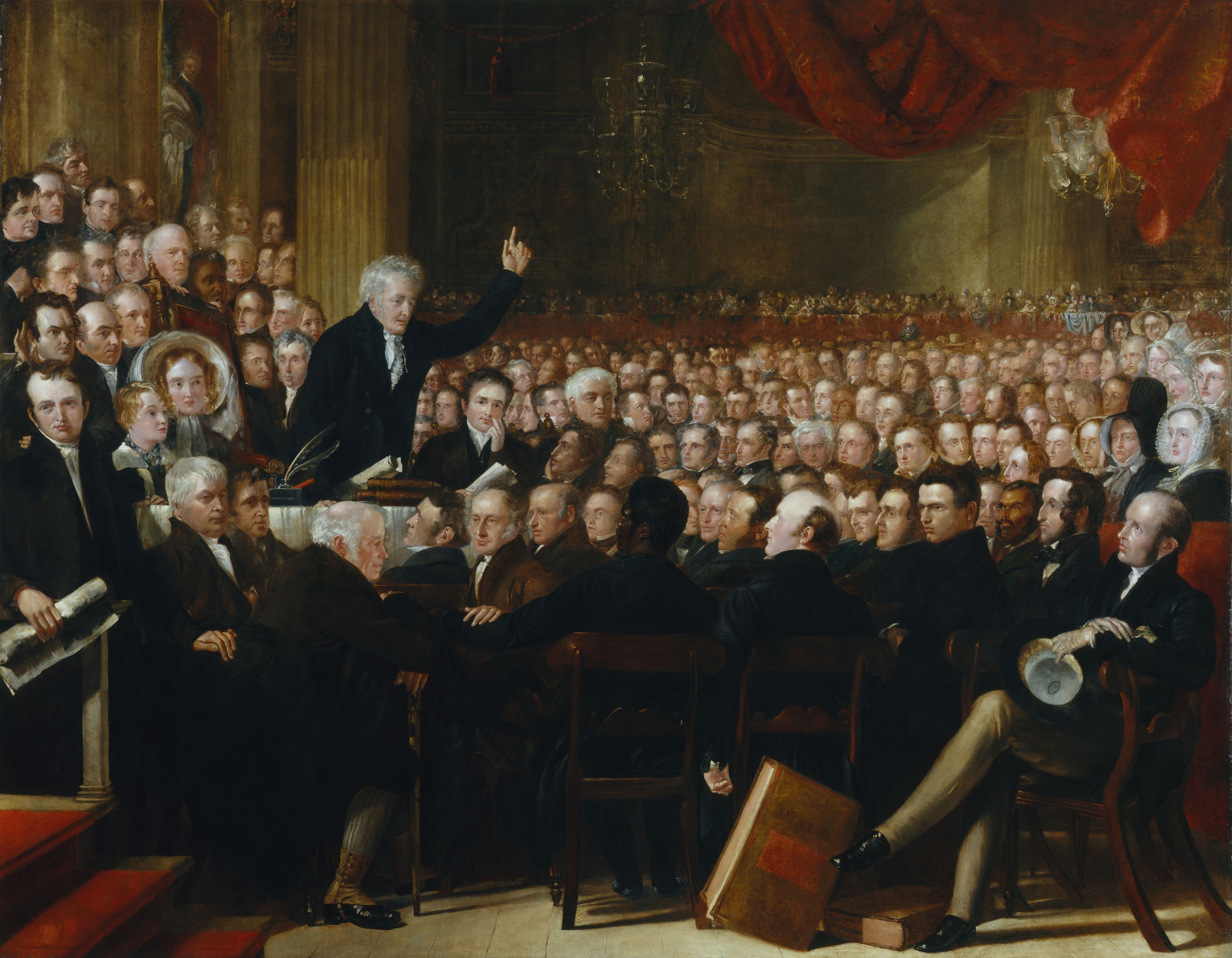 Teacher Notes to fully explain and explore the painting.

Why should we teach our children and young people about Mary Prince, enslavement and abolition?
‘Slavery involves human exploitation, indignity, suffering and
cruelty and the transatlantic slave trade provides many of the
worst examples. However, its history also illustrates the power of
the human spirit to retain dignity, to resist injustice and regain the
right to liberty, irrespective of race or culture’
National Maritime Museum (United Kingdom) 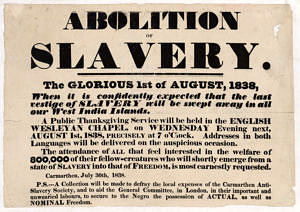 The American academic Emily M.N Kugler has plotted the journey of Mary Price.  Beginning in Bermuda, moving to the Turks and Caicos Island, back to Bermuda, then Antigua, and finally England, the text covers a wide swath of the Atlantic World. This a distance of approximately 11,035 kilometres (6,856.83 miles)

Professor Gretchen Gerzina explores a largely unknown past - the lives of black people who settled in Britain in the 18th and early 19th centuries. In this episode, Professor Gerzina explores the life of Mary Prince. listen to the Podcast 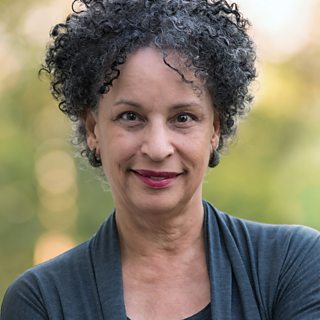 The Students of Bermuda's Cedarbridge School perform a dramatisation of the Mary Prince story.  It is fitting that this amazingly courageous woman is remembered in the home island of her birth. 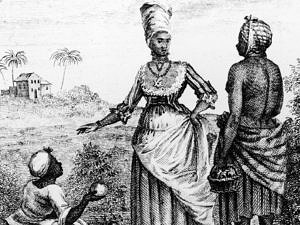 Press the book Cover to read the book.

This video provides a general contextualisation to slavery in Britain.

Colonial North America’s slave trade begins when the first American slave carrier, Desire, is built and then launched in Massachusetts.

“We slept in a long shed, divided into narrow slips, like the stalls used for cattle. Boards fixed upon stakes driven into the ground, without mat or covering, were our only beds. On Sundays, after we had washed the salt bags, and done other work required of us, we went into the bush and cut the long soft grass, of which we made trusses for our legs and feet to rest upon, for they were so full of the salt boils that we could get no rest lying upon the bare boards.” 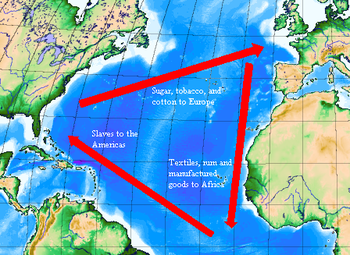 The History of Mary Prince—A West Indian Slave, Related by Herself, edited with an introduction by Moira Ferguson, 1997, the University of Michigan Press

“Mary Prince—A Model of Courage and Independence” by Dr. Moira Ferguson, The Bermudian, May 1994.

“The Write Stuff” by Sandra Campbell, The Bermudian magazine, April 2000.

Can you research these questions for The History of Mary Prince?

How and why die Mary Prince's story get into print?
What effect do you think the circumstances of its publication might have had on the form in which we have it (language, inclusion and exclusion of events, etc.)?
Who were the intended audience for The History of Mary Prince when it was first published, and what effect might their expectations have had on the way Mary told her story?
In what ways does she tailor her persuasive appeal to her audience?
What language did Mary Prince speak?
What are the implications of "translating" her words into Standard English?
What do we learn from Mary's narrative about slavery as an institution?
Consider slaves' work, families, punishment, master-slave relationships.
Where in Mary's narrative does she record herself as resisting her owners?
Is her resistance ever effective?
In what ways does Mary try to create safe spaces for herself within the restrictions of slavery?
Can a slave have a home? What are our normal associations with the word "home," and in what contexts does Mary Prince use the word?
List Mary's involuntary and semi-voluntary journeys. What effect did her mobility have on her?
Did she gain any advantage from her travel?
Do we see Mary grow and develop as a person in the course of her life story? What is the evidence of her growth?
Pringle's Supplement to Mary's History shows that he expected it to be controversial on its publication and documents the controversy that had already taken place as the Anti-Slavery Society tried to secure Mary's complete freedom. What was this controversy about, or what seems to have been at its centre?
What role(s) did Christianity play in Mary Prince's life?
Trace Mary Prince's use of the word "heart" through her narrative. In what contexts does she use it, and what does this important word come to mean or symbolise for her?

The hidden story of slavery | The Royal Gazette:Bermuda News

New material has emerged about Mary Prince, a Bermudian-born former slave whose autobiography stoked the fires of the British abolitionist movement in the 1830s.Prince's story was little known on the island until it grabbed attention in the 1980s and scuppered the myth that slavery in Bermuda was benign.Sandy Campbell, a historian and editor at Tecumseh Press in Canada, which published the critical edition, said that a fresh edition of her story, which hit local shelves this week, "makes it

A plaque was unveiled at School Lands Cottages - where Mary Prince once lived - with Bishop Vernon Lambe unveiling the BNT-commissioned plaque, saying it serves as a reminder of her "invaluable contribution towards freedom." The BNT commissioned the plaque to commemorate her life and accomplishments, and speaking today, BNT Director Bill Zuill said the ...