Written For Children - The  Story of The  Windrush 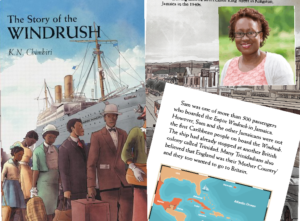 (Pictures used with Permission from Scholastic)

Combining historical fact with voices from the Windrush Generation, this book sensitively tells the story and shows how this was an important moment for modern Black Britain.

This book is recommended for children aged 7+  .  It would make an excellent book for guided reading sessions and also as a tool for historical research for children in the Primary Years.

There are many others ways that this book can be used. 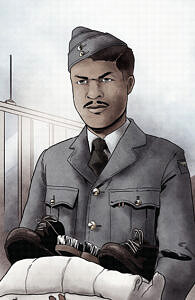 Read more about the Author

Bermudian Research on the Windrush Generation

The late journalist Ira Philip documented eight Bermudians who boarded the Empire Windrush in 1948 and made their way on board as stowaways.  Ira Philip was an exceptional writer, broadcaster and inspiration.

"I am thankful for his ability and courage to write and publish the history of our people; not for me, but for those generations yet unborn who will, through his work, know who and whose they are."

Ira Philip was a Bermudian writer, broadcaster and campaigner.  His work allows us to piece together the fabric of the past.  A fabric that all too often has been left out of the overall tapestry.  leaving an incomplete picture of the past can never help a people understand their collective story. 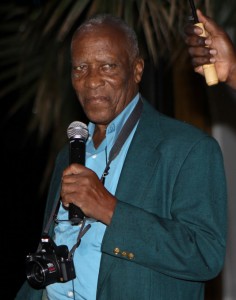 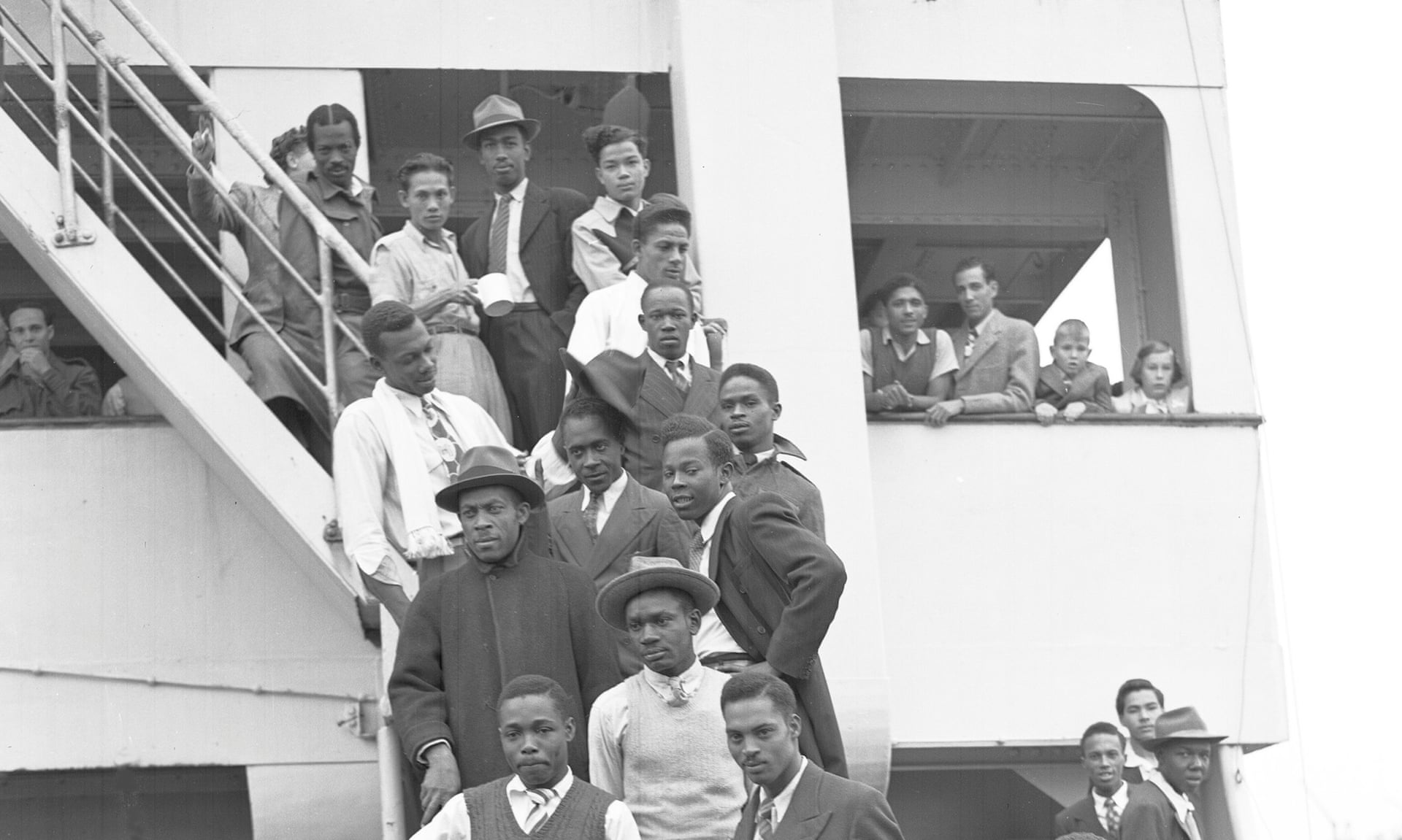 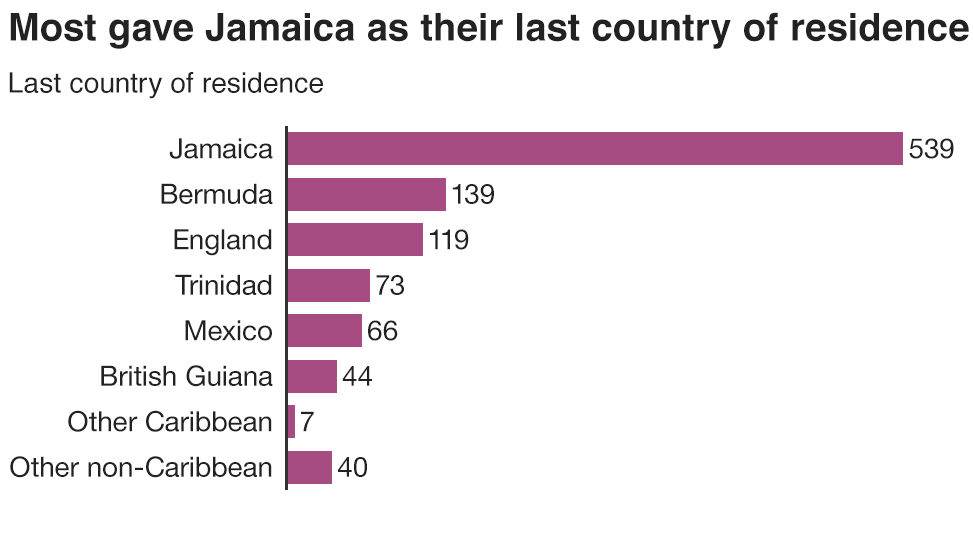 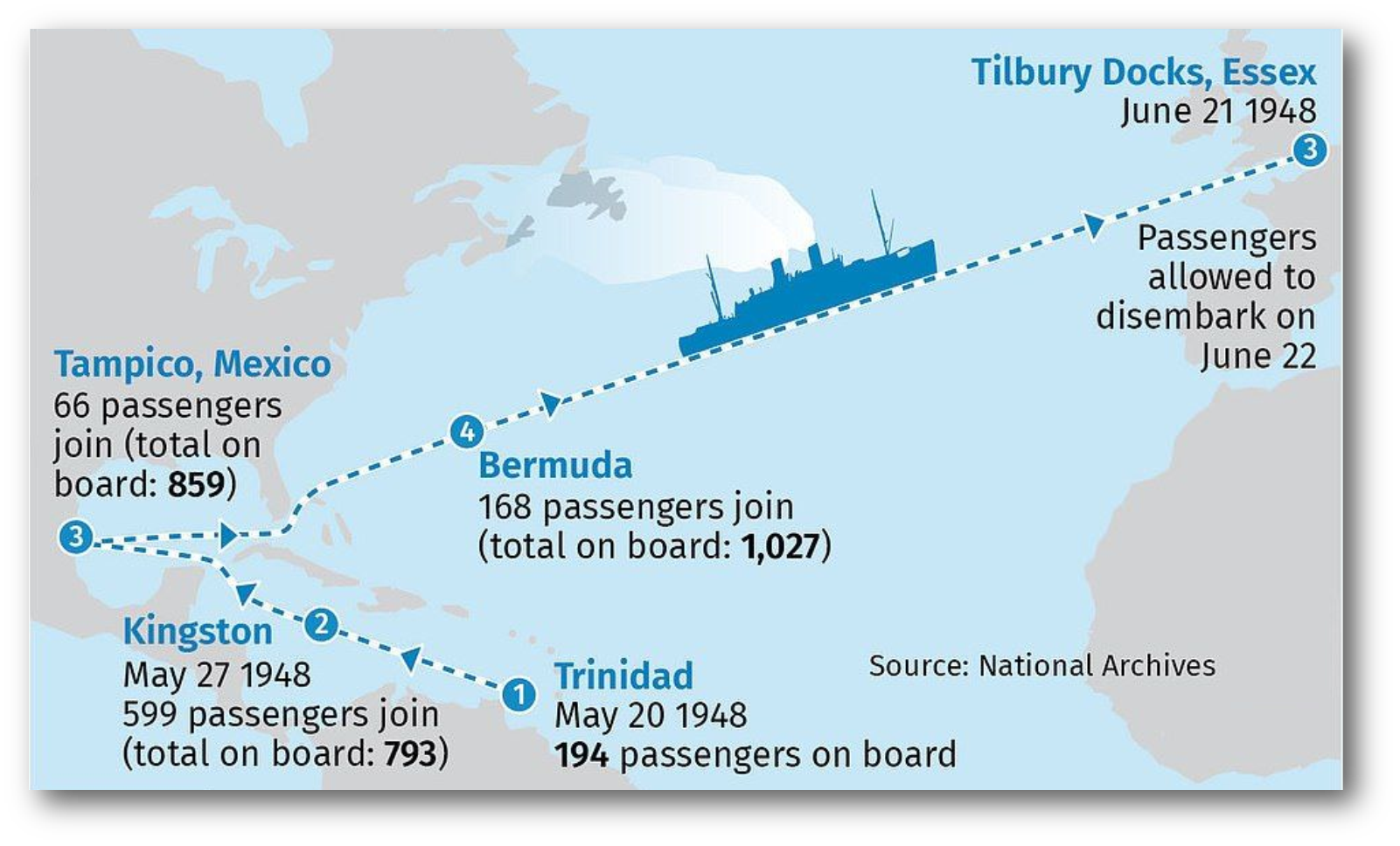 Map Showing the route of the Empire Windrush on her way to England. 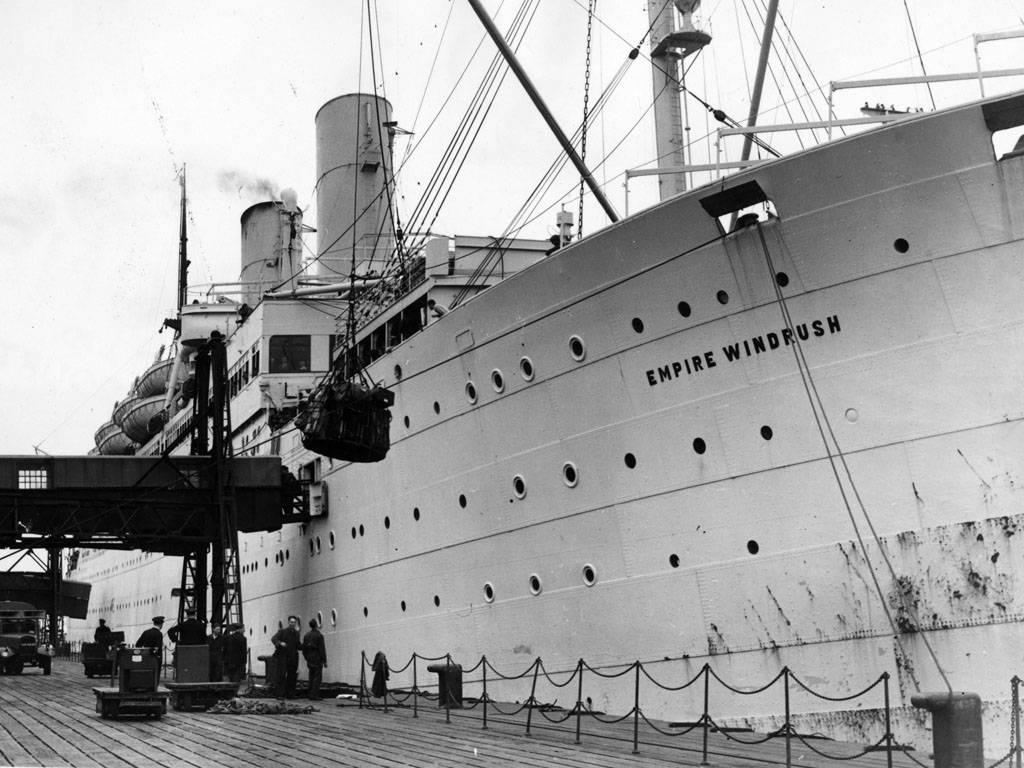 “We stopped off in Havana for two days and then we went on to Mexico and then Bermuda. We were there for about four or five days and on the last night in Bermuda we had a big dance; that was beautiful."

The newspaper advert displays the cost of a passage from Jamaica to the UK.  The cost appears quite reasonable, but it was actually very costly.  many of the Windrush passengers wanted a better future. Jamaica was still recovering from the devastating 1944 Atlantic hurricane season.   A major August hurricane struck near Kingston, Jamaica, causing severe damage as it crossed the island to Montego Bay. A large and potent hurricane, known as the Great Atlantic hurricane, attained Category 4—possibly even Category 5. The aftermath of this hurricane brought severe hardship.  Bermuda's Windrush generation also wanted to seek a better life and pursue work and in some cases training. Leaving home was both exciting and also very challenging.

The Front Page of the London Evening Standard (1948) 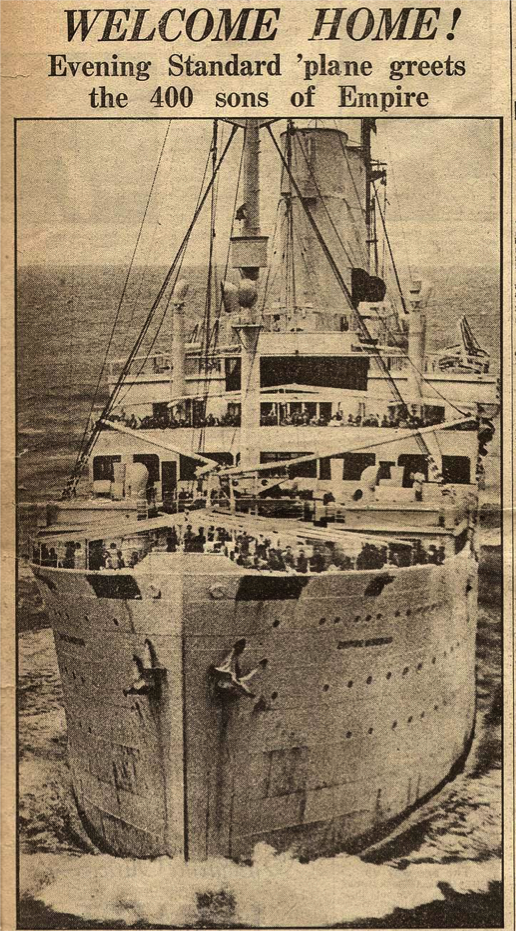 The Front Cover of the London Evening Standard.  The Paper welcomed the sons and daughters from the 'Empire,' but this welcome did not permeate across all of society.  Even before the Windrush had left Jamaica, the prime minister, Clement Attlee, had examined the possibility of preventing its embarkation or diverting the ship and the migrants on board to East Africa. After the vessel had arrived at Tilbury, the colonial secretary, Arthur Creech Jones, is said to have reassured his cabinet colleagues that, although “these people have British passports and must be allowed to land there’s nothing to worry about because they won’t last one winter in England” (detailed in Randall Hansen’s book Citizenship and Immigration in Post-War Britain).

The 1948 National Act is a powerful window into the smog of institutional racism that consumed Britain in so many ways.  Read More 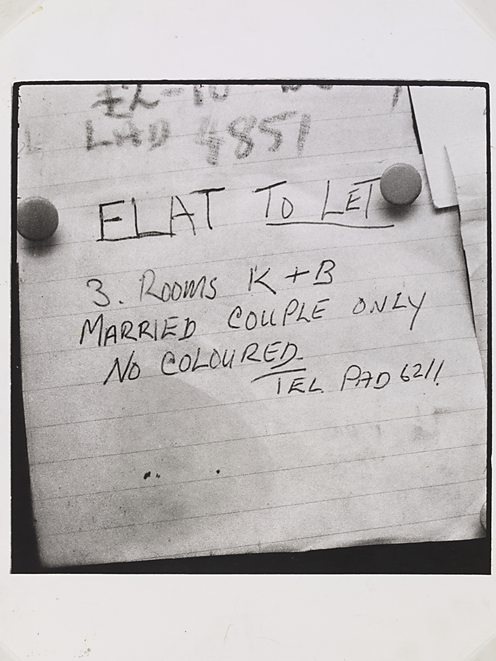 Most people would find such overt racism deeply shocking today.  While this overt racism is not tolerated, there are other aspects to this story that remain.  This is just one chapter in a book of many.

Photo from the National Archives (UK)

This documentary offers a valuable insight into the life and challenges faced by Black Bermudians leaving Bermuda for a life in the 'Mother Land.'  The struggles and stories of Bermuda's Windrush generation paved the way for fellow Bermudians to follow.  While the films are based around the lives of Jamaican arrivals, you can only imagine how frightening and brave it was to arrive with very little money and in many cases no job or a place to live.

Part 4 of 4. "A British Story" The last in the series looks at how the black community has helped to shape Britain.Windrush is a four-part series of one-hou...

BBC Radio Podcast - The Voyage Of The Empire Windrush

The Following article in the Royal Gazette (Bermuda).  It details to research about some of the Bermudian passengers on the historic Windrush voyage to the U.K. 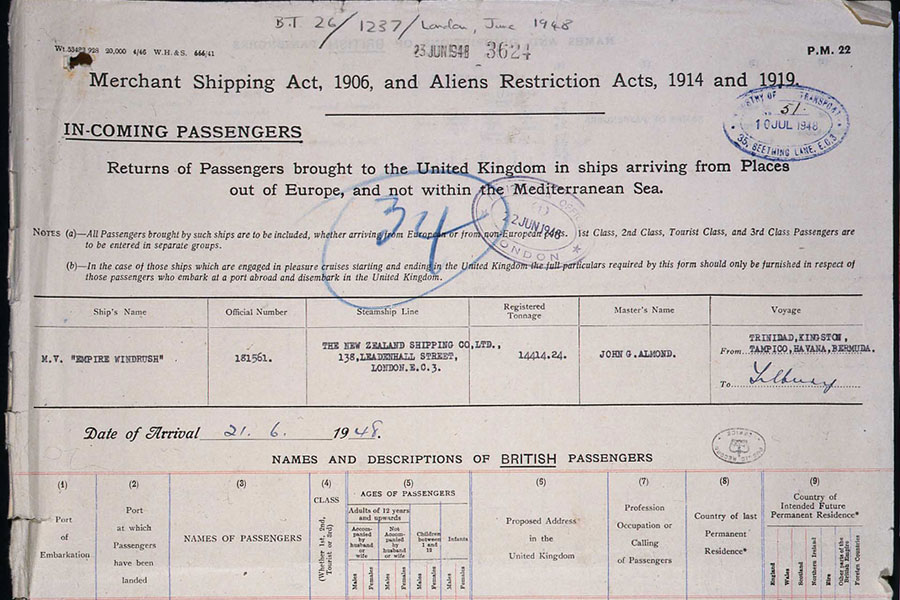 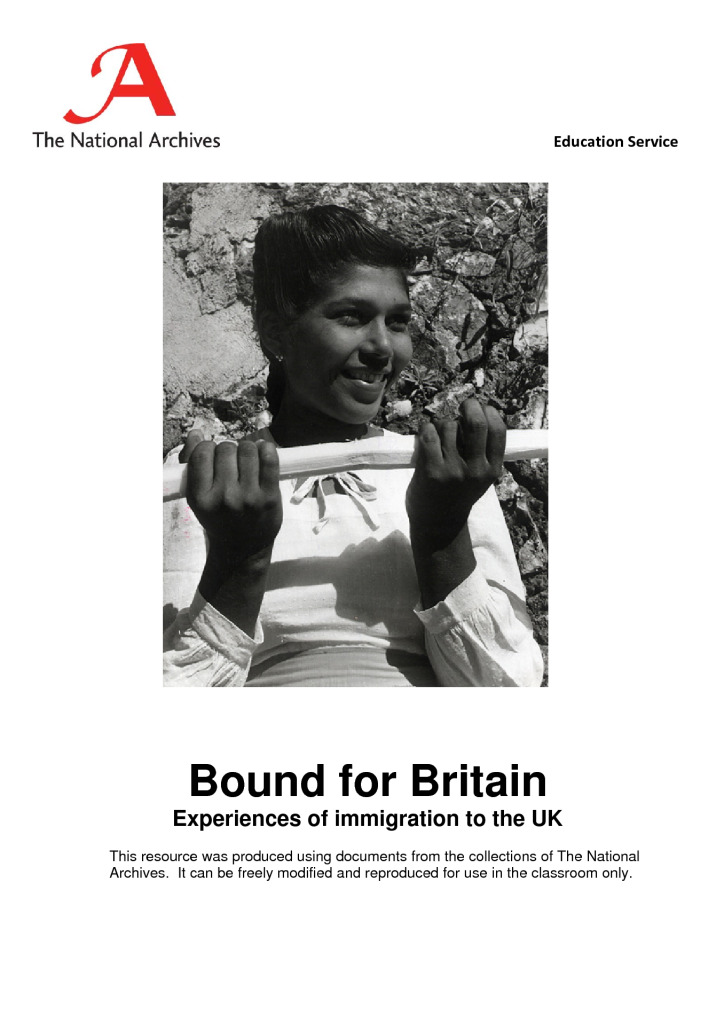 This document has a large number of reproductions of source material.  Read More

The British Council pack contains ideas for discussion around migration. It focuses on the Windrush migration in 1948, celebrating the contribution the Caribbean migrants have made to the prosperity of Britain. Migration Pack - Read more.

A Windrush passenger 70 years on: 'I have no regrets about anything'

Alford Gardner, 92, has encountered flashes of hostility over the decades but says he is happy he settled in the UK. Many of the other passengers from Jamaica, Trinidad and Barbados had also served in the RAF and were old friends. They slept in hammocks and on bunks on a lower deck, and did not much meet the other passengers. The ship stopped for a few days in Bermuda, where he encountered segregation for the first time.

“That was the first time I saw a sign saying ‘no blacks’. In Jamaica nobody bothered, everybody mixed. But when we got to Bermuda we were trying to have a picnic. A man came to tell us you can’t sit there in that park. We told him what to do with himself,”  Alford Gardner.

Alford Gardner served as an  RAF as a ground engineer during the war. 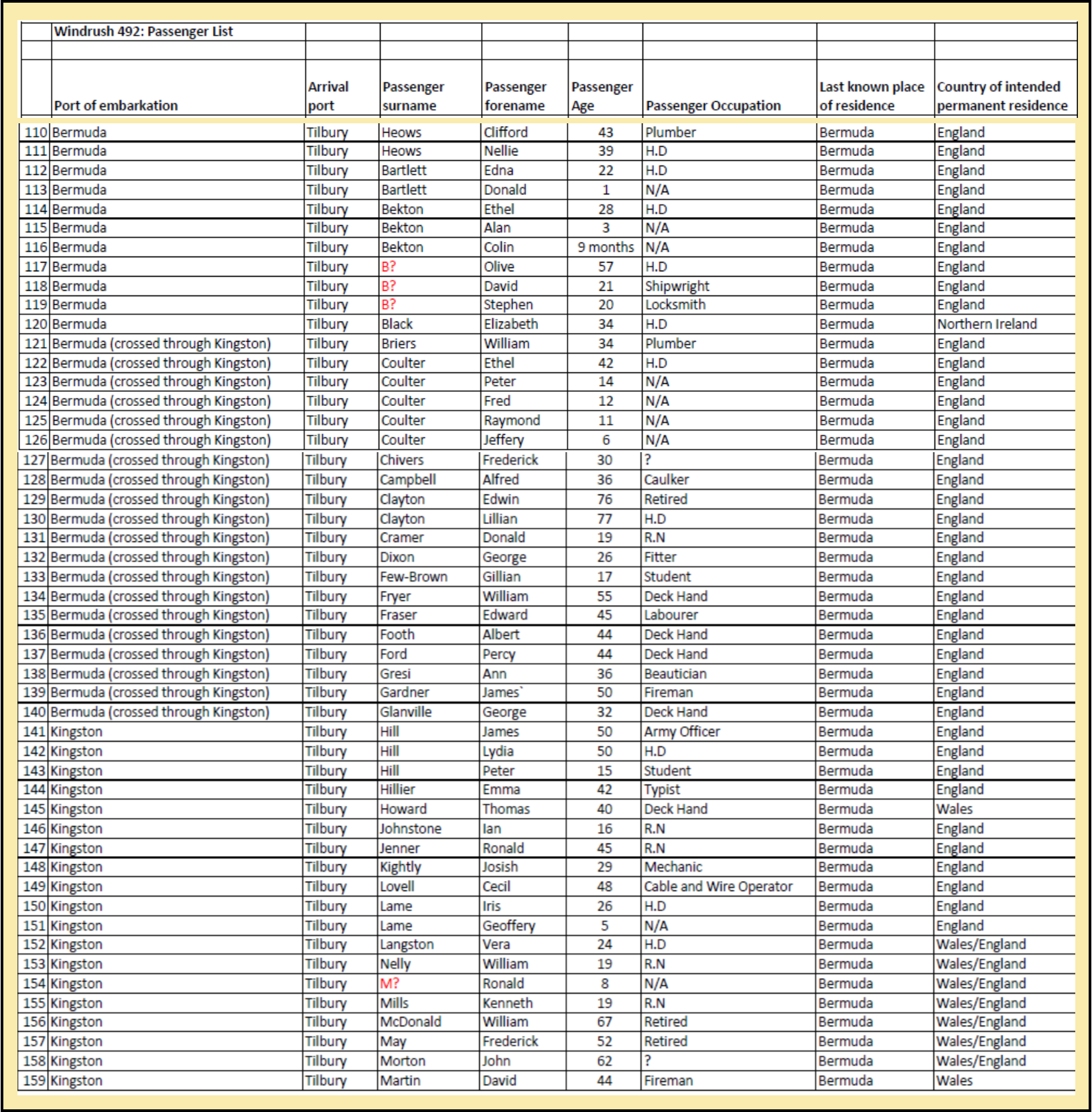 About 10 days out, the ship supposedly developed engine trouble and pulled into Bermuda. but the word among the passengers was that the government had had second thoughts and was cancelling the exercise. Mr King recalls: "Once we sailed from Bermuda we saw on the horizon HMS Sheffield, a battleship, watching us. People got really scared and we would listen to the wireless where we heard that a lot of British people did not want the boat to dock at all. 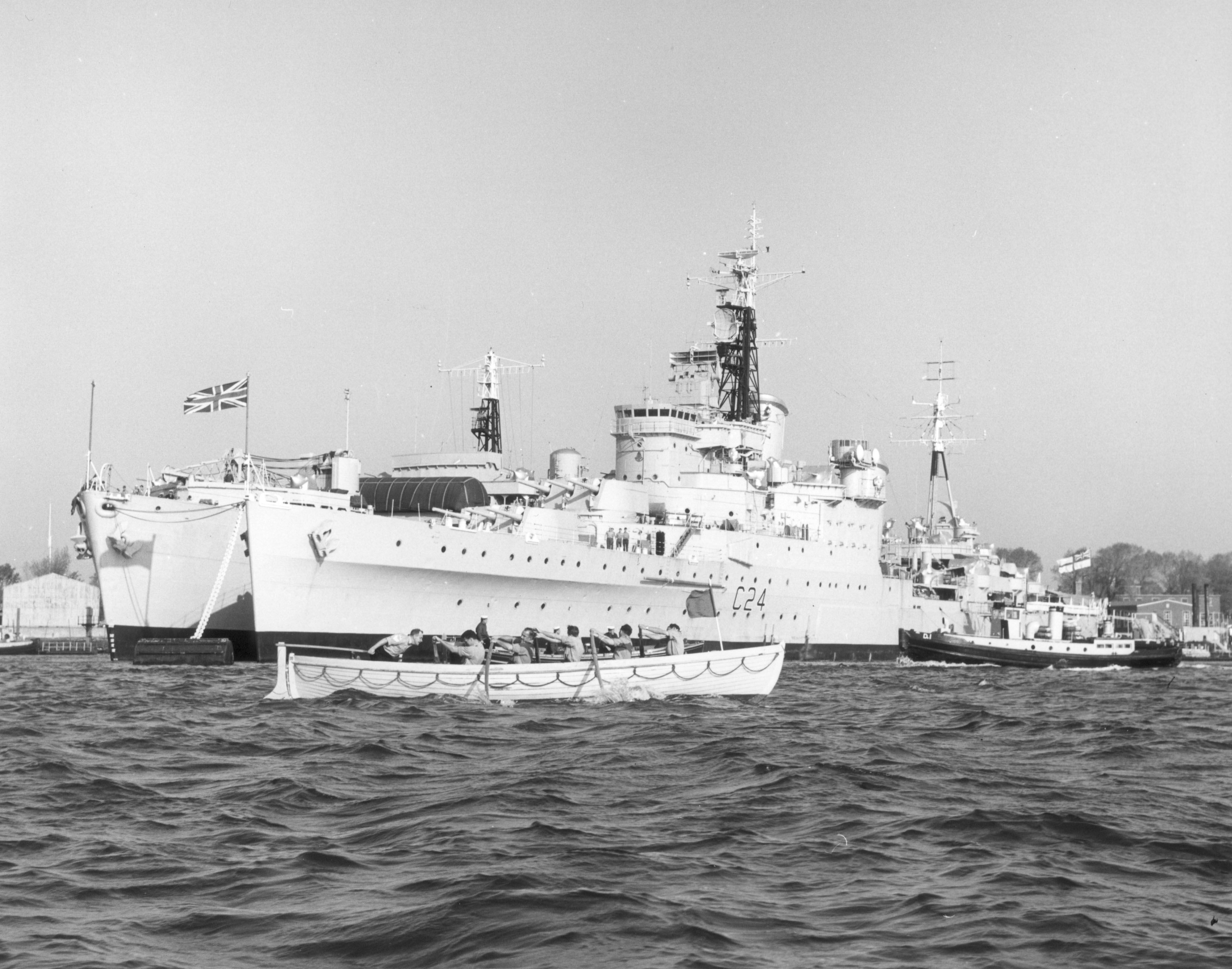 Using the task Wheel for a Windrush Project.

TASC stands for ‘Thinking Actively in a Social Context’. This is an approach which can be used when planning, to create experiences that will challenge and engage students – making links with social learning theories such as Vygotsky’s Zone of Proximal Development. 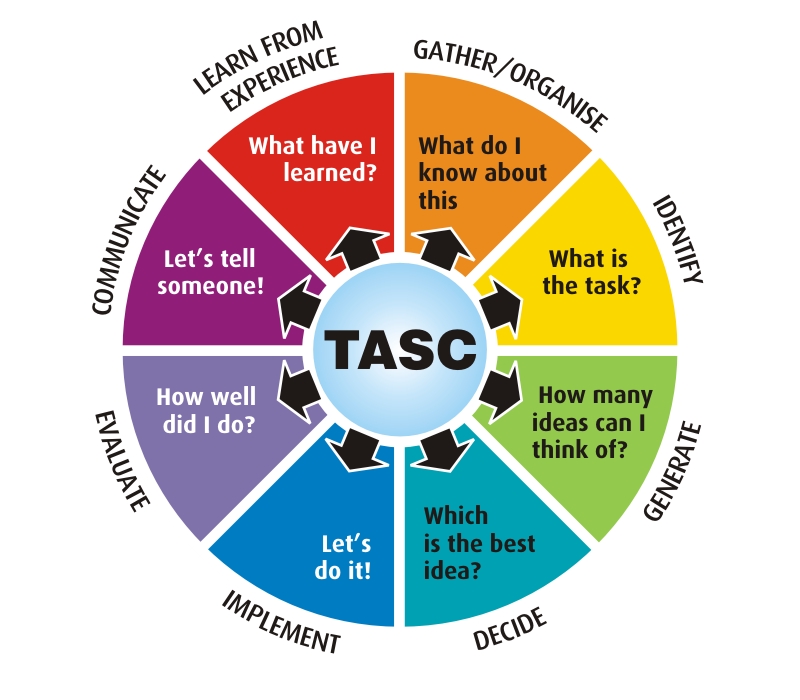 See an example of a Tasc wheel project using the theme of Windrush.  Read more